A bad boy seeking hope. A good girl searching for love. We all need second chances. Reed Faulkner knows trouble. Caught up in living a life on the wrong side of the tracks, Reed gets sent to Nowhere, Indiana to serve out his sentence after a robbery gone bad. Little does he know his world’s about to change forever. Harper James is a horoscope-obsessed girl with dreams of becoming a lawyer— and Reed’s attraction to her is undeniable. Despite their differences, the connection they have together as fire and air cannot be extinguished. Reed only wants one thing. A life with Harper. Then, tragedy strikes. One night together— and a reminder of the unfulfilled promises Reed struggles to keep. Reed realizes redemption can only be found in one place… His home is with her. ** An angsty contemporary romance novel with heart, Libra Rising is a breathtaking love story for mature young adult and new adult audiences. Readers will love this heartfelt coming-of-age tale of rebirth with a message that it only takes one person to incite a lifetime of change. 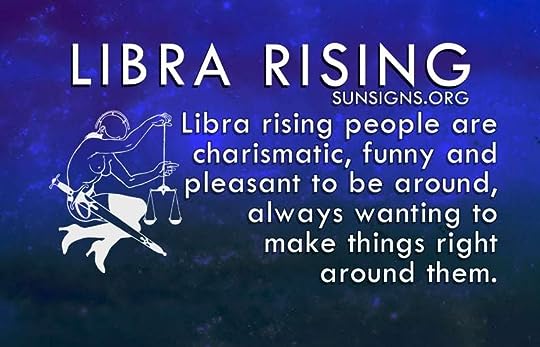 ????STARS Libra Rising by Stacy M Wray was a really enjoyable read, An angst-filled NA novel told in two parts. Part one-the teenage years when Reed Faulkner is sent to rural Indiana after getting into trouble and landing in Juvie. There he meets fifteen-year-old Harper James who has big aspirations, she desperately wants to fulfil her dream of going to law school but lacks the funds, hence her summer job. The two meet at Mr H’s Farm where Harper is working and Reed is banished to for the summer. Over the course of this summer and the next, the pair fall hard for each other, so happy, until tragedy strikes ripping asunder the two young love-birds. Part two-Takes place a few years later as Reed tries to keep it together and Harper pursues her dream of becoming a lawyer while patiently waiting for Reed to sort his shit out. Reed is a constant visitor flitting in and out of Harper’s life still lost and hurting, but unable to stay away from her for too long. I especially loved how he sent Harper horoscopes through the post, just to show her he was there in the background, I also hated that he left her hanging like that too, not cool Reed. Now, I would describe this as a very angsty read indeed and despite my vast age, I can still vaguely remember how hard everything felt at this age. Plus I have, they think there grown-up kids in their early twenties still living at home as well as three teenage son’s and everything’s a drama and the end of the world at that age. In this, I would say Harper is waiting for Reed to grow up as despite being the oldest, in my opinion, Harper is the more mature of the two. Both have been shaped by there upbringing, which hasn’t been easy for either of them, just in very different ways, this is also a common bridge between the two that connect’s them. So first never having read anything by this author I was going in blind. not really knowing what to expect from this. I was pleasantly surprised, Libra’s Rising kept my attention throughout, the story flowed nicely and it was very easy to relate to its likeable characters. I would describe the heat factor involved here as fairly hot, it doesn’t go into graphic detail but this is definitely aimed at a mature audience despite the initial age of Harper and Reed. The characters themselves were multi-faceted and despite there being few side characters (Just Mr H really) this wasn’t a minus. Libra Rising was told in dual POV which I do prefer as you get to see the cogs turning in both minds. My dislikes here, well there weren’t many, I would have liked Reed to be more decisive and less of a ditherer. His constant back and forth with Harper could give a girl emotional whiplash, this was definitely a minus point for me. And my second niggle being I really didn’t dig the whole support group vibe, when the girl there reminds him of Harper, big duh duh from me. So that’s it folks in conclusion Libra’s Rising gets four big thumbs up from me.

I received an ARC from the author Stacy M. Wray this is my free honest opinion.