Death comes to the city heralded by a crimson moon and screams in the night. The Vampire King has come to claim the city, unless he can be stopped…

Maxine Parker has lived a solitary life. Not because she wishes to, but because she has no choice. Her empathic ability has rendered it impossible for her to touch anyone without killing them.

But as she is thrust into the middle of a war between the enigmatic and alluring Vampire King and three stalwart hunters, she learns she cannot kill what is already dead.

Heart of Dracula by Kathryn Ann Kingsley
My rating: 4 of 5 stars 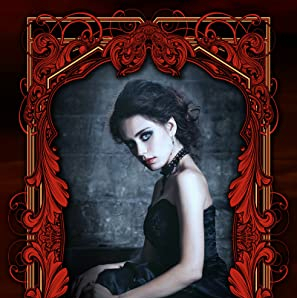 I enjoyed this one a lot. It was an old classic reimagined with a new spin and a fresh voice that shone brightly throughout. I’ve always loved the gothic atmosphere that Dracula imparts and I felt that this author managed to capture the whole flavour of that era brilliantly. The prose and language were just so lyrical and old-worldly. I also loved how this focused on the developing feelings and relationship dynamic of Vlad and Maxine while at the same time showing the hunters intentions but not making that the focus here. Instead allowing this to belong to Vlad and Maxine and their burgeoning affections. It brought something so unique to this instead of just traversing old familiar paths. There were also familiar names woven into the narrative that I again recognised but even with that inclusion of covered ground this still felt so fresh and original. I loved Maxine her strength and inner resilience was very apparent. She was strong-willed and also very pragmatic and Maxine hadn’t allowed the many dark experiences in her short life to taint her soul. Her calmness of spirit and empathetic acceptance was like a balm almost and when Vlad and Maxine’s souls danced they were like true counter opposites that both attract and repel opposing magnets even. I adored Vlad in all his unapologetic sinister wickedness and darkness. I found him just so fascinating and refreshing in the way he owned his darkness completely. He was ancient and his longevity definitely played a part in who he was. I liked that he showed himself in all his entirety to Maxine. absolutely no illusions of what he was capable of and that she fell hard for him anyway despite his sins. Maxine accepted him and his many transgressions as a whole which in a way made her regard more impressive. The finale here was also great and I’m looking forward to reading the final part of this story. Thankfully I don’t have to wait long as it is out very soon. This one gets a thumbs up from me.

I voluntarily reviewed a copy of Heart Of Dracula.