Give up my life as a cop to rule over aliens? No way.
My life changed forever when my name was announced as mate to the Arcav King. Within just a few seconds, I was no longer a cop. Now, I’m expected to hand myself in and travel back to Arcavia with an alien I’ve never met.

I don’t think so.

Instead, I’m working with the resistance, fleeing with the help of other humans and fighting for my autonomy.

If there’s one thing I know, it’s this: I’ll never give up my freedom for a seven-foot, horned alien. Even if his heated looks make my toes curl… and his low voice gives me goosebumps.

The Arcav King says his sanity is on the line. And he can’t understand how I can overlook the pleasure that awaits in my arms. Too bad, buddy. That doesn’t justify stealing my freedom forever.

Unfortunately, another species of aliens have become interested in Earth and its human inhabitants. Now, the Arcav may be the only ones who can keep my planet in one piece.

Can I stay on the run forever? Or will Varian convince me to take my place… at his side?

The Arcav King’s Mate is a full-length novel with zero instalove and no cliffhanger. Harlow is independent, feisty, and fighting for ownership of her life.

★Author’s note: This was previously published as two books: The Arcav King’s Mate and the Arcav King’s Obsession. Both books have now been combined into this edition.★

The Arcav King’s Mate: A Sci-Fi Alien Romance by Hope Hart
My rating: 4 of 5 stars 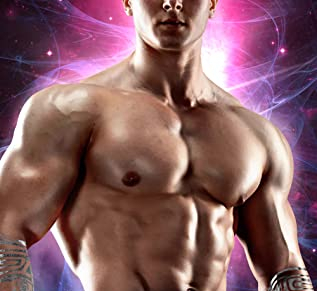 This was really enjoyable it’s the first book I’ve read by this author a sci-fi romance which is essentially quite slow-burn. I believe this was Initially split into two books but has since been combined which probably works much better. The Arcav an alien race of practically immortal seven-foot Adonis’s with horns and claws have come to earth to claim mates due to woman no longer being born on their planet. Harlow a police officer finds herself matched as the Arcav king’s mate and given five hours to present herself instead she takes flight with the help of the human resistance leading her new mate on quite the merry chase. Varian originally does come across as a bit arrogant and self-entitled believing that Harlow should be thankful to have him as a mate even knowing nothing of him or his inner character. It soon becomes apparent from his side of the bond that it is so much more than that. Essentially she is someone he has been waiting for all his life and he can’t comprehend that she wouldn’t feel the same way he does both blessed and honoured by there connection. He actually feels quite hurt and dismayed that she would go to such lengths to escape him. Delving deeper into what made Varian tick I found I actually liked him a lot his overall protectiveness even when Harlow pushed him to his absolute limits was incredibly heartwarming. I could also feel his dismay at not being able to ease her into her new life and role. It was apparent it bothered Varian but there was just so much more at stake here than what was showing on the surface. Also, the reality of his new mate is so much more intense than what he was initially prepared for blindsiding him slightly. Harlow well I could see initially why she ran. She was scared and it was a knee jerk reaction but as she wasn’t going to be able to outrun her fate forever I just wanted her to give Varian a chance. He was just so earnest and caring and I felt that it was time to pull up her big girl panties and deal as it could have been a hell of a lot worse and he was really quite the catch. At times she almost came across as totally ungrateful and narrow-minded in the face of Varian’s patience and regard. I did love that Harlow was able to eventually pull herself together her tenacity and self-sufficiency was actually a great asset. Despite her initial resistance she was born to be a leader and Varian couldn’t have been matched with a better mate even if he refuses to recognise her talents in this regard and instead chooses to try to cosset her and wrap her in cotton wool which instead has the opposite effect and only pushed her further away. When Harlow is pushed her natural tendencies unfortunately seem to be to run away and shut down. These two were such incredibly complex individuals especially Harlow and I was rooting for them whole-heartedly just wanting them to get on the same page. So this was action-packed throughout and a real page-turner. It did sometimes get a little tiresome with the constant angst and push and pull throughout and I was definitely more than ready when Harlow finally admitted the truth in regards to her feelings. Harlow is one of those characters that you understand and can see why she is behaving so. But at the same time, you want to sit her down and have a long talk with her about her car crash and self-destructive behaviour. I am most certainly on board for reading the next book in this series. This one gets a thumbs up from my camp.

I voluntarily reviewed a copy of The Arcav King’s mate.