Releasing as part of the 2019 Sinister Fairy Tales Collection!

Monsters come in many forms. Some want shiny new toys to play with—others want blood. Mona Walters dreams of adventure, of a world beyond the shoreline she’s confined to. She yearns for vibrancy in her dull, mundane existence, but succumbs to the bleakness. Until the necklace her sister wore the night she was brutally murdered shows up on her door wrapped in a neat bow, fueling her to run away and seek out the person responsible for stealing her sister’s life. Mona wished for more—for color in her gray world. What she didn’t realize was just how much more she would get. And that the world outside her own was soaked in red—blood red. The world she dreamed of is made of nightmares. A rich, influential world of two brothers—and once they have her in their sights, they plan to keep her there. Her father kept her secluded for a reason. Be careful what you wish for.

There’s a thief out there, and he’s coming for Mona’s heart.

Heart Thief by Ker Dukey
My rating: 3 of 5 stars 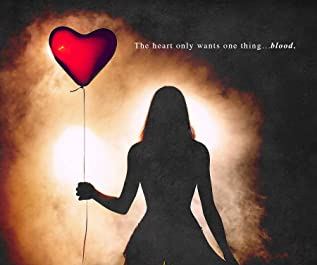 This was a very loose contemporary retelling of Moana which I have to confess I have actually never seen I know shocker right. Mona longs to escape her island prison. The daughter of the leader of a cult her whole life has been about obeying and following her father’s strict laws. Her older sister turned away from the faith and was savagely murdered supposedly by outsiders further forcing the message home that the world beyond there shores is evil and corrupt. Mona’s eighteenth birthday brings forth another barbaric cleansing ritual and a proposal of marriage from Eli causing her to panic. Her flight path throws her directly into the crosshairs of Cash and Colt; twin brothers who were heavily involved in Mona’s sisters hidden past and this meeting causes long-buried secrets to finally resurface. So this was well written and all sorts of intriguing. The suspenseful side of this was well done but I thought this concentrated on the mystery of Mona’s sister Clara and what happened to her to the detriment of forging a connection between Mona Cash and Colt. The problem for me here was mostly the length of this. It was just not long enough to build enough momentum to hook me in. It was either going to be the suspense or the romance that suffered and for me, it was definitely the connection that took a hit. I also didn’t feel we really got to know anyone here on any deeper level. They all seemed to merge together in my head with nothing to individually separate them again I think this was mostly down to the short length of this. All the bones were here I just never got a real sense of the characters and there separate distinct personalities and voices to set them apart from each other especially the brothers themselves at least not enough to convince me of there affections. Especially important considering this was a ménage. I do think in this scenario with multiple love interests it’s vitally important to separate the characters for believability and connection and I felt Cash kinda got left behind slightly as the focus seems to be focused more on Colt and Mona. Despite the above, this actually was an easy and enjoyable read and I did find the finale hugely satisfying. It was fast-paced and interesting and the actual writing was great; no surprise there as I have read and enjoyed this author previously. Finally, this is not a dark romance the boys are absolute sweethearts to Mona but it does have dark themes and violence throughout. I do recommend this as It kept my attention and was entertaining but it could have been so much better than it was.

I voluntarily reviewed a copy of Heart Thief.