Angus Hayes is as mean as a junkyard dog. Well, that’s the rumor Candy Wilburn hears before taking the job as his assistant. Hayes doesn’t disappoint. He’s a giant man with a big mouth and a bigger ego. In the town of White Horse, what the gorgeous and dangerous Hayes wants, he gets. Now he wants his sassy assistant.

Candy has no doubt Hayes will make a great lover, but she doesn’t want to be her boss’s booty call. At first anyway. Once he shifts from boss to friend and lover, Candy falls hard. Now she can only hope the filthy-mouthed outsider she loves will open his heart and learn to trust.

Junkyard Dog is a standalone romance with adult language, violence, and sexual situations.

Junkyard Dog by Bijou Hunter
My rating: 4 of 5 stars 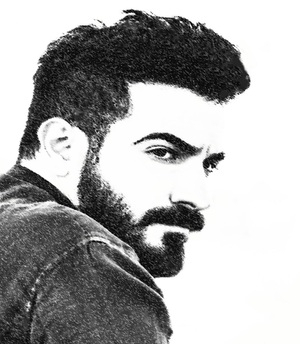 The blurb on this one really appealed to me. I do so love me an unrepentant grumpy rude alpha and Hayes is this in absolute spades. The man has no filter whatsoever if he thinks it, it’s coming out of his mouth and if you can’t take it well he’s not actually bothered and has no plans on changing anything about himself to please others. he’s unrepentantly obnoxious, foul-mouthed and a force to be reckoned with in white horse and he just doesn’t care who he has to mow through to get the job done. In fact, he owns this town and along with his hired muscle police’s it with fear and intimidation and nothing gets by his notice. He’s not a bad guy if you toe the line and play by his rules. He can’t keep an assistant on account of his outward persona not only is he as intimidating as all hell all the yelling and bluster the man is built like a brick-house all 6 and a half foot of him. Enter Candy back in town with her twin’s cricket and chipper in tow and definitely in need of employment. She’s strong sassy and equally as sharp and blunt as Hayes himself. She takes every bit of Hayes gruff and just throws it right back at him. She’s not easily spooked and doesn’t give a tot what people think of her. Including him. She’s almost like the female version and Hayes is fascinated not that he lets her know it can’t have someone having that kind of power over him. So this was such an easy low angst read. It was highly amusing and low drama relying on the amusing back forth banter between Hayes and candy to carry the story. And it worked this was highly enjoyable and even though I don’t read that many straight forward contemporary romance nowadays I’m glad I gave this one a chance. It made me laugh and smile and I adored all the unconventional weird personalities throughout. This one gets a thumbs up from me.

If your just looking for something light and easy to hangout with this book is the one for you.