Morgan Downs’ life is unexceptional. She’s stuck in an abusive loveless marriage and often made to feel inferior by her parents because of her speech impediment. Although as bad as her life is, she never expected to be kidnapped from her home and taken to a private military base to become a test rat for a science experiment. But things change when Morgan meets Alpha. She should be afraid, he isn’t quite human after all. Alpha is a genetically enhanced super-soldier, and Morgan has been captured to bear his offspring. Yet, Morgan finds that Alpha isn’t the real monster behind those confined walls. They are both captives of the insane scientist, Dr Ryder Strong.

Alpha by Tiya Rayne
My rating: 3 of 5 stars 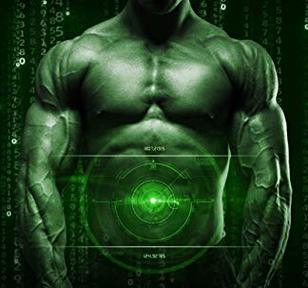 Morgan has all the material things she could ever want but with disinterested unloving parents and a cruel and abusive husband that doesn’t value her worth at all her life is far from perfect. Their treatment of her has most certainly impacted her self esteem rather badly impacted her sense of self-worth, she also has a speech impediment a stutter. Kidnapped from her house by unknown assailants Morgan finds herself in a government breeding program for a race of alien lab-bred soldiers and she is not only the obsession of its foremost Alpha soldier but also the fixation of the doctor in charge. The doctor here Dr Strong was completely wacko and living in his own little reality Placing his own personal meanings on all of Morgan’s action and reactions. Talk about obsessed he was bloody delusional what a complete and utter tool. Alpha he was definitely the one in control of the other male subjects in the program. Going as far as they naturally protected Morgan as there Alphas woman. But I struggled to get a sense of him and I did feel the chemistry between Morgan and Alpha was slightly lacking. There just wasn’t enough in-depth interaction between them both throughout this to have me convinced. This was also unusual in the way it’s narrated, It’s actually told from Morgan and the nasty delusional doctors POV. I would have really liked to get into Alphas head though and I would have preferred his POV rather than the doctors. This definitely wasn’t my preferred mode of narration and I do think it would have been much better the other way around. It was difficult sometimes to fully get a sense of Alpha without his first-hand input and I couldn’t really give two hoots about the doctor and his power plays. It was Alpha I wanted to learn more about and he just wasn’t fleshed out enough for me to see him distinctly. So the first half of this I definitely enjoyed more than the second, In fact, the second half was a bit of a hot mess at times, there was just too much going on with this. I enjoyed this and it had some good ideas but leaving Alpha POV out of the mix here I think was a mistake. Also, be aware this does deal with some dark themes like the Ashley story-line which I didn’t think was actually needed at all. I also really appreciated the ending it gave me a huge sense of satisfaction to see Morgan’s family get what they deserve. There were also some flow and timing issues that didn’t quite work for me and the finish was a tad rushed.

Taken as a whole this was an interesting read with equal positives and negatives that I mostly enjoyed.