They promised me that fairy tales couldn’t be real.

And then a man made of illusion and dark magic came to take me away.

My foster mother insisted I’d grow out of my overactive imagination. When I saw goblins dancing in the shadows on my bedroom walls, doctors armed with all the medication known to man tried their best to force the visions away.

They always swore I was one more pill from being normal.

And then my dreams became a waking nightmare.

The Erlking is cruel and obsessed. He wants to play a game, with the victor claiming the only prize that matters: my body and soul. I’ll have one chance to defeat him and escape this twisted dream.

Otherwise, I’ll be lost forever to his dark and seductive fantasy.

The modern retelling of a fairy tale that never existed, Stolen by Shadows is a paranormal reverse harem romance for lovers of dream-like fantasy with a darker twist. Contains adult themes and may be triggering to some readers. This is the first book in a planned trilogy.

Stolen by Shadows by Evelyn Avery
My rating: 4 of 5 stars 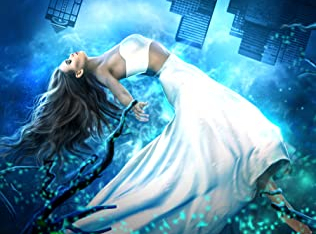 If you were a fan of the 80’s film Labyrinth like myself this is going to tick every one of your boxes and more. This story is heavily influenced by that particular story which was just so fabulous and hence instantly captured my attention making this a sure thing for me to pick up. And this has the added bonus of being the darker version for adults and just like years back I’m totally in awe of the goblin king or in this case the Erlking. I’ve always preferred the apparent Villain over the more traditional hero anyway and I was internally squealing with delight throughout this. So Izzy has been struggling with reality for years, her parents are deceased and she’s been In and out of mental institutions all her life fantasy and reality becoming intertwined over the years. She’s on a cocktail of medications to keep the darkness contained but her dreams and nightmares are filled with the underground a realm very much alive in her own head and that’s also spilling over into her regular life. It’s a fantastical world ruled over by the Erlking a supposed character from a book she’s had with her since childhood. This dream lord desires her total submission and surrender as his ultimate goal. As a therapeutic way of dealing with her demons Izzy pens a screenplay that will, unfortunately, summon forth everything that she has been unknowingly running and hiding from her forgotten and mysterious past. Her nightmares then become reality and to escape she will have to embrace the darkness inside striking a deal with the Erlking himself and entering his labyrinth. 13 hours is the time she’s been granted to save her friends Chloe and Vaughn from there fate. So this is the first book in the series and its slow-burn reverse-harem. This one really just sets the stage for what’s to come answering questions and introducing it all and the world-building here is truly fabulous and this is an imaginative and intriguing start to the series. We are also introduced to Puck and Tamlin and I’m assuming that they are going to play a big part of this going forward. I’m also not quite sure where Vaughn fits into the mix yet but it’s obvious he really cares for Izzy so I’m intrigued with him being completely human and all but If I’m honest I’m more interested in Puck, Tamlin and mostly the Erlking himself, they’re the ones I want to see with Izzy and sorry Vaughn just don’t compare here. Still, I’m very much looking forward to seeing where this one goes next and I will definitely be continuing on with this.

I voluntarily reviewed a copy of Stolen By The Shadows (Into The Labyrinth #1).