ONE OF THE MOST ELECTRIFYING THRILLERS YOU’LL READ THIS YEAR

A teenage girl is found murdered, encased in glass.

Detective Dove Milson is called out to the chilling crime scene by the Devon coast. The murder is a replica of the work of serial killer Peter Hayworth, known as the Glass Doll murderer. He would be the prime suspect . . . but he’s already dead.

Now Dove leads the case. It’s her first job as part of the Major Crimes Team. She is recovering from a breakdown a few months earlier.

Then another Glass Doll is found in an isolated cove.

Dove finds her family is at the heart of this new case. The latest Glass Doll victims both worked at her sister Gaia’s strip club.

The club’s manager found the second Glass Doll. He claims to have been in the wrong place at the wrong time, but Dove doesn’t believe in coincidences.

Will she become the next Glass Doll?

Time is running out for her niece. Dove must race to catch a killer before it’s too late. Then a new lead tears a hole in the case.

Discover a brand new thriller with a jaw-dropping twist you won’t see coming. 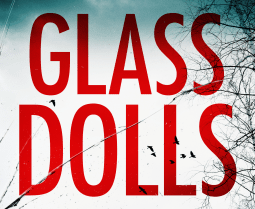 Genre-wise this is a police procedural but with a heavy dash of family dynamics thrown into the mix. I was a very easy read that instantly captured my attention and I read this in one sitting. I was initially drawn towards reading this on account of enjoying Cara Hunter and as this was described as in a similar vein I was interested to see if it would live up to the label attached. I can confirm that if you like that particular author this book will be right up your street. Here we have Dove a D.C. starting a new job after some previous traumatic events have impacted her life. This first job after the fact brings the past right to the forefront as Dove is faced with an apparent copycat to the glass doll killer who was eventually apprehended and later died in prison, her niece was also one of his victims. Now someone is killing girls and using the exact same MO, picking and poking at old trauma and hidden wounds. This focuses heavily on family dynamics exploring all the hidden issues and intricacies involved in dysfunctional relationships and normal everyday interactions. What’s on the surface isn’t always apparent till you dig the claws in deep exposing the rotten underbelly. This one contained some major shockers and knocked me for a loop. It was well written and absorbing and utterly addictive and I enjoyed it much more than I initially thought I would. In fact, it would have been a full house but I would have liked to have delved beyond the mask when we get to the final conclusion here. There just wasn’t enough reasoning and aftermath for me to give me that closure I was after. The whys and whatnots were missing and that bothered me somewhat. it was anti-climactic after shocking revelations, making me feel something was missing slightly. Still, I enjoyed this a lot and it kept my attention right to the finish and bar the above everything else for me was grand. My first experience with this author but certainly not my last this one gets a thumbs up from me.

I voluntary reviewed a copy of Glass Dolls.