ONLY ONE CAN BE QUEEN

Sixteen-year-old Mina is motherless, her magician father is vicious, and her silent heart has never beat with love for anyone. In fact, it has never beat at all, for her father cut it out and replaced it with one of glass. When she moves to Whitespring Castle, Mina forms a plan: win the king’s heart with her beauty, become queen, and finally know love. The only catch is that she’ll have to become a stepmother.

Fifteen-year-old Lynet looks just like her late mother, and one day she discovers why: a magician created her out of snow in the dead queen’s image. Lynet would rather be like her fierce and regal stepmother, Mina, but when her father makes her queen of the southern territories, Mina starts to look at Lynet with something like hatred, and Lynet must decide what to do – and who to be – in order to win back the only mother she’s ever known . . . or else defeat her once and for all.

Girls Made of Snow and Glass by Melissa Bashardoust 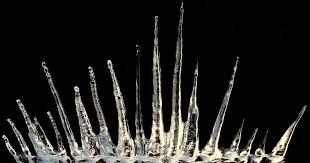 This is a young adult re-imagining of the classic fairy-tale Snow White. Told from two POV’s Lynet and her stepmother Mina’s this is narrated from in both a past and present viewpoint jumping between the two time-frames. A reckoning and cultivated rivalry between two young women. Both want nothing more than to be loved for what’s in their hearts and though they seem so different initially both just really want the acceptance of those around them. This is a story of strong woman and weak men, its not really about good or evil and neither woman here is all good or all bad, instead, this is more a story of family bonds and sisterhood. I actually had great sympathy for Mina and what she had evolved into, she was a product of her past and was used to coming in last, so It was not really surprising that she acted the way she did. Kindness is not something she has had directed her way before so she believes she is at her core unlovable. So why the low rating for this one, well, in a nutshell, I was bored, it moved at a snail’s pace and I didn’t really enjoy it at all. I found myself skimming whole chunks of text and if it wasn’t for the fact this was an arc I don’t think I would have bothered finishing as I just wasn’t invested in this at all. There was nothing actually wrong with this and the writing itself was fine it was just a bit blah and unexciting. If you like fairy-tale retellings you might like this one. I usually am a big fan of them but this one unfortunately just didn’t work for me on any level.