Knox and Harper’s story continues as the Las Vegas lair – and its two infamous Co-Primes – face their most terrifying enemy yet . . .

Together, Harper and Knox have overcome just about every evil thing you can think of – from Horsemen of the Apocalypse to dark magic practitioners to Lucifer’s insistent belief that he’s hilarious. They’re looking forward to some well-earned downtime – until Harper is attacked by mercenaries in the middle of her tattoo shop. Worse still, the attackers are trying to take her wings – the ones no one is meant to know she even has.

It’s a near miss and once a furious Knox has managed to pull his demon back into line there’s only one thing clear – someone knows Harper’s secrets and is systematically setting out to destroy her. It seems likely that someone is the third Horseman – but how do they know so much about Harper? It seems the impossible might be true – they have an enemy hiding at the very heart of the lair.

To survive Harper will need to embrace power that’s darker than she’s ever experienced and even Knox can’t protect her from everything – though God knows nothing’s going to stop him trying. The stakes have never been higher, for if Harper’s taken by this new threat, Knox won’t be able to stop his demon from taking a vicious pleasure in tearing the world apart . . .

Ashes by Suzanne Wright
My rating: 4 of 5 stars 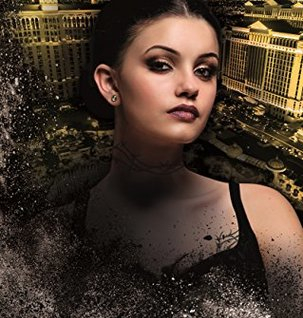 This is the third book in the series and we are still firmly with Harper and Knox. Here they are once again facing another hidden enemy or maybe it’s the same one who knows. Anyway, the Horsemen are for the moment on the back-burner as Knox and Harper both face head-on this new unknown threat and with the attempt to steal Harper’s wings as well as other magical and physical dangers everyone is a potential suspect. This one again sizzles with so much heat and also had some major shockers. It wasn’t as straight forward as I was expecting either.

I really liked where we eventually left off with Harper and Knox with this one and I will definitely be continuing on with this series.