He calls himself the Prince. He is humanoid but not human–fascinating, sensual, at the cusp of maturity, and accustomed to getting what he wants. And Lydia has awoken in his world to find that she has been given to him–as a pet, a plaything, and, if he so desires, a lover.

As Lydia comes to realize that the Prince is as much a prisoner to his culture’s ways as she is, her resentment slowly unfurls into pity, understanding, curiosity, and a deep, unpredictable, consuming lust. She wants him too, on her own terms. But in a world fraught with hidden dangers, her terms are not open for discussion, not when their thirst for one another could doom them both. In a court where monarchs are obeyed and sexual hierarchies are strict, one wrong move could end the Prince for ever… and what would happen to Lydia then?

Lips Like Ice by Peggy Barnett
My rating: 3 of 5 stars 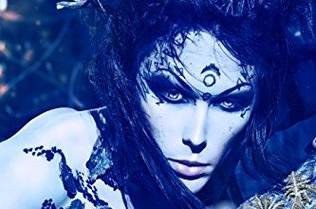 This one is a very ethereal and unique read it’s really a hard one to explain adequately and put into words being so unusual. So this is not some erotic pet play type sci-fi, it’s actually more of a coming of age story, a journey of self-discovery that could play-out against any backdrop not just here, it just happens to be set on an alien world. It’s about teaching someone care and compassion for someone apparently inferior and at the same time accepting things that are beyond control. Its also about acceptance and being true to yourself even if that means going against the grain. This was actually fascinating and oh so strange and I don’t think I’ve read anything quite like this before. Lydia wakes on a strange world the apparent pet to spoilt and petulant Prince on the cusp of maturing. Her purpose here is to teach the Prince care and responsibility towards a lesser being not as any plaything. What makes this so unusual is that our prince gets to choose his own gender here and though expected by custom to choose female he decides to go with how he feels and actually chooses male. When we first meet the Prince he is actually genderless his chosen gender is something that comes later. I didn’t really think of this as a romance but more of an evolution where the characters involved grow as they learn life lessons along the way. When we start this the Prince’s actions towards Lydia once the novelty wears off are those of disinterest and thoughtless neglect even mistreating her when he is angry like a master taking out his temper towards others on a convenient pet that can’t fight back. The parallels here with how people can treat their pets and how Lydia herself was being treated as a pet, the swings of emotion from the prince from indulgent pet owner to I can’t be bothered was fascinating. Obviously, as this progresses the sexual factor is also brought into the equation and rather than being titillating, it was more one of discovery and growth. This also had dark themes and you realise as this progresses that the prince life is far from charmed and that he is just as scared and lost at times as Lydia. This was a really thought-provoking odyssey of unworldly bizarreness.

But I did appreciate the hidden messages it imparted.