A double life with a single purpose: revenge.

Jane’s days at a Midwest insurance company are perfectly ordinary. She blends in well, unremarkably pretty in her floral-print dresses and extra efficient at her low-level job. She’s just the kind of woman middle manager Steven Hepsworth likes—meek, insecure, and willing to defer to a man. No one has any idea who Jane really is. Least of all Steven.

But plain Jane is hiding something. And Steven’s bringing out the worst in her.

Nothing can distract Jane from going straight for his heart: allowing herself to be seduced into Steven’s bed, to insinuate herself into his career and his family, and to expose all his dirty secrets. It’s time for Jane to dig out everything that matters to Steven. So she can take it all away.

Just as he did to her.

Jane Doe by Victoria Helen Stone
My rating: 4 of 5 stars 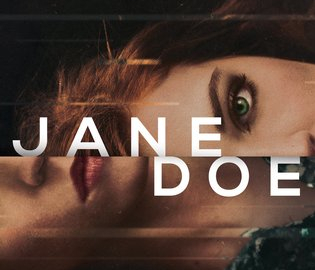 Jane is a master of manipulation analysing every situation to her own advantage. She can read a person in seconds breaking it down and providing exactly what they want. Its all cold calm logic with her, no messy emotional response to get in her way. She knows what she wants and how best to go about achieving it. Her ultimate goal up until now has been herself and her own survival. Up until that is that someone hurts and takes away from her, one of the only people she truly cares about her best friend Meg. Jane’s new current goal is to bring that person she holds responsible for Meg’s demise to there knees. Jane is going to give Stephen Hepworth a taste of his own medicine as she reels him in, torments him and totally annihilates his whole world all in the name of revenge. Moral of this story doesn’t unintentionally provoke a sociopath especially one with a complete lack of conscience. So this was all told from Jane’s POV and it was completely fascinating being a visitor in her head and while I wouldn’t want to be this way myself I can certainly see the appeal of just being able to switch it off. I imagine it would feel very liberating and freeing to do just exactly what you want when you like with no pretences. I really appreciated Jane’s simplified outlook and lack of hypocrisy and also her eye for an eye philosophy. She was unencumbered by a problematic conscience which was rather refreshing to behold. Stephen himself was definitely a complete tool and so deserved taking down a peg, he had such an entitled and superior attitude, believing himself so above others just on account of his gender and privileged lifestyle. He believed himself a man of faith but only followed the rules that he wanted to and disregarded them when it didn’t suit his own agenda. He had such a lack of respect for woman and I did enjoy seeing Jane bring him down a peg. I also adored that she had Luke and that he accepted and liked her just for who she was her differences only heightened her appeal to him. Was amusing to see her confusion when it came to a real relationship and how to behave and deal with so-called normality.

This really was an interesting and different read that I enjoyed a lot and would recommend.