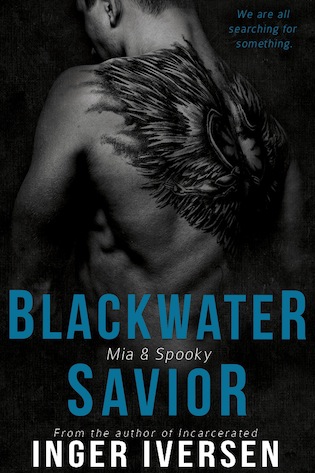 Want to read exclusive content, hear audiobooks available exclusively only to members, join members only giveaways, and more? Join the Insiders Club and become a member. It is free, sign up is fast, and comes with a free book from my library of your choice. The first free short story features Mia and Spooky from the Blackwater Renegades releasing in December. Join to today!

Two years ago, Mia Sheridan’s face lay plastered on missing person flyers, CNN, and other various news outlets. She was one among six other missing women from the Clearwater area, neither a trace nor a hair left behind. Abducted and beaten, Mia has finally come to terms with the fact that she will die … her only concern is when that time will come.

Road Captain and eight-year vet with the Blackwater Renegades, Spooky is tasked with convincing a monster to sign divorce papers. He expected blood and mayhem, but what he got instead was Mia Sheridan, who was like an innocent angel. He never believed in love at first sight―lust at first taste was more like it―but the honey-eyed woman with a glint of defiance in her eyes is a fighter, and that he can respect. When Spooky takes a solemn vow to protect her, he finds himself in over his head, but right where he belongs.

Blackwater Savior is a short story, a prelude to Mia and Spooky.