When the zombies attacked, Vanessa was supposed to die like everyone else. Only she didn’t.

Because The vampire king saved her. After all, how was he supposed to survive if all the humans were dead.

So now, Vanessa is locked away in his tower until time ends…

Royal Vampire Sector by Melody Rose
My rating: 3 of 5 stars

Vanessa is from the West village a part of the kingdom steeped in poverty, she has a sick mother and two younger sisters. Caught trying to steal an artefact from the vampire kings personal art collection she is now locked up in a suite in his castle she is his guarded guest but ultimately still a prisoner. Sensing something different in her but unsure what the king Matei puts her on the crowns payroll while running a barrage of tests to discover her origins. So I liked both main characters though Vanessa did seem to excel at all she did with convenient ease and Matei came across as an overall nice guy. I do tend to prefer my men a tad more Alpha than what we got here I’m afraid and with him being a vampire and all I was hoping for more male pigheaded dominance than what this gave us, still I did like him. So this was very much slow-burn and initially, I struggled to feel any heat between Nessie and Matei. It seemed to me to focus more on the upcoming war more than the actual emerging romance and though these two did eventually get there in the end and Matei did get a tad more possessive of Vanessa by then it just seemed slightly out of character. Fortunately with the feelings came the connection I was looking for and the second half of this I was more on board with there dynamic. There was also a couple of niggles here with this the first being Vanessa’s family. After she got caught she barely gave them another thought beyond missing them. I know Matei took care of them but she was unaware of that fact, even after the battle was over near the end she didn’t even check on them or ask after them. Again Matei brought them to the castle but that was on him not her just seemed a tad uncaring and single-minded of her. I also don’t understand why she couldn’t see them, I mean she didn’t even know they had switched villages surely she would have been informed of this when she was in the west village recruiting for the army like by one of her previous neighbours and why didn’t she wonder why her family never came to the square when she was there so much. I also thought they weren’t enough explanations for why Nessie was what she was there were just no reasons given and that bothered me slightly. finally Vanessa’s transformation again no logical reasoning (I’m trying to stay vague) So, in summary, this was a sweet slow burn paranormal romance with Zombies, If That’s your bag then this will probably be a fit. I did enjoy this, it was imaginative with a likeable cast of individuals and I also found the writing itself good I’m just a complete sucker for every detail and it bugs me when I don’t have the answers. I should mention before I go that the blurb here is completely misleading it makes this sound like some sort of dark tale and this is anything but The vampire King raised an army to save everyone because basically, he’s just a good guy, end of. this one gets a thumbs up from my camp.

I voluntary reviewed a copy of Royal Vampire Sector. 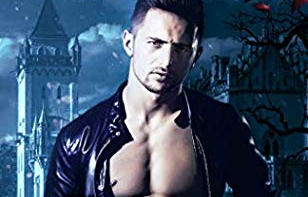