Today we have the blog tour blitz of J.D. Evans’ Reign & Ruin, the first in her MAGES OF THE WHEEL Series! Check out the release and be sure to grab your copy today! 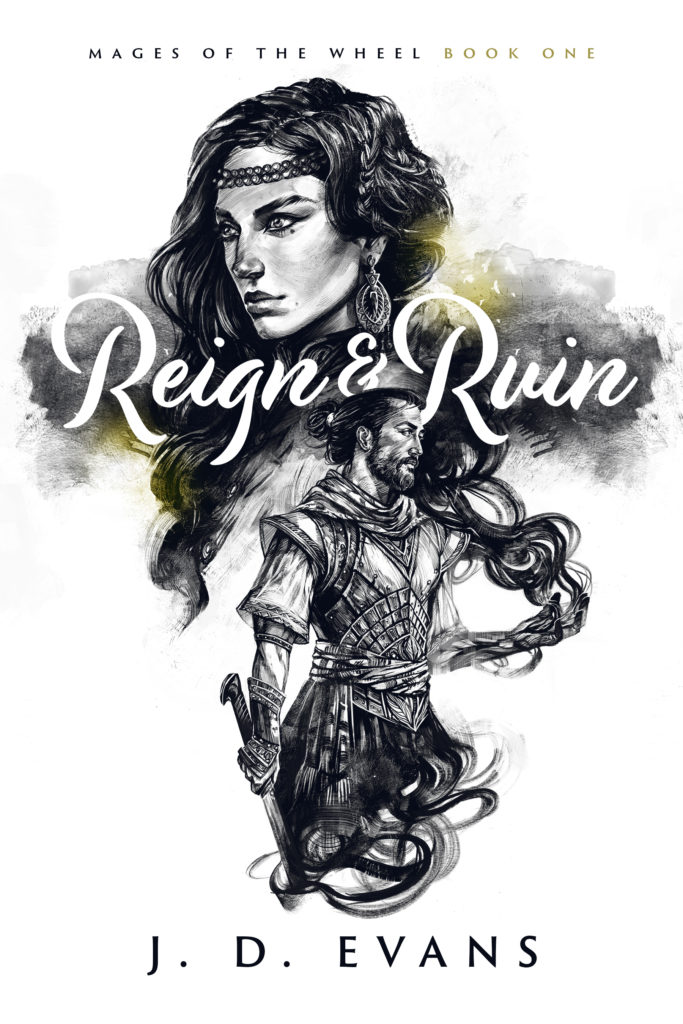 Series: Mages of the Wheel, Book 1

“All magic is beautiful,” she said, “and terrible. Do you not see the beauty in yours, or the terror in mine? You can stop a heart, and I can stop your breath.”

She is heir to a Sultanate that once ruled the world. He is an unwanted prince with the power to destroy.

She is order and intellect, a woman fit to rule in a man’s place. He is chaos and violence and will stop at nothing to protect his people.

His magic answers hers with shadow for light. They need each other, but the cost of balance may be too high a price. Magic is dying and the only way to save it is to enlist mages who wield the forbidden power of death, mages cast out centuries ago in a brutal and bloody war.

Now, a new war is coming. Science and machines to replace magic and old religion.

They must find a way to save their people from annihilation and balance the sacred Wheel—but first, they will have to balance their own forbidden passion. His peace for her tempest, his restlessness for her calm…

Night and day, dusk and dawn, the end, and the beginning. 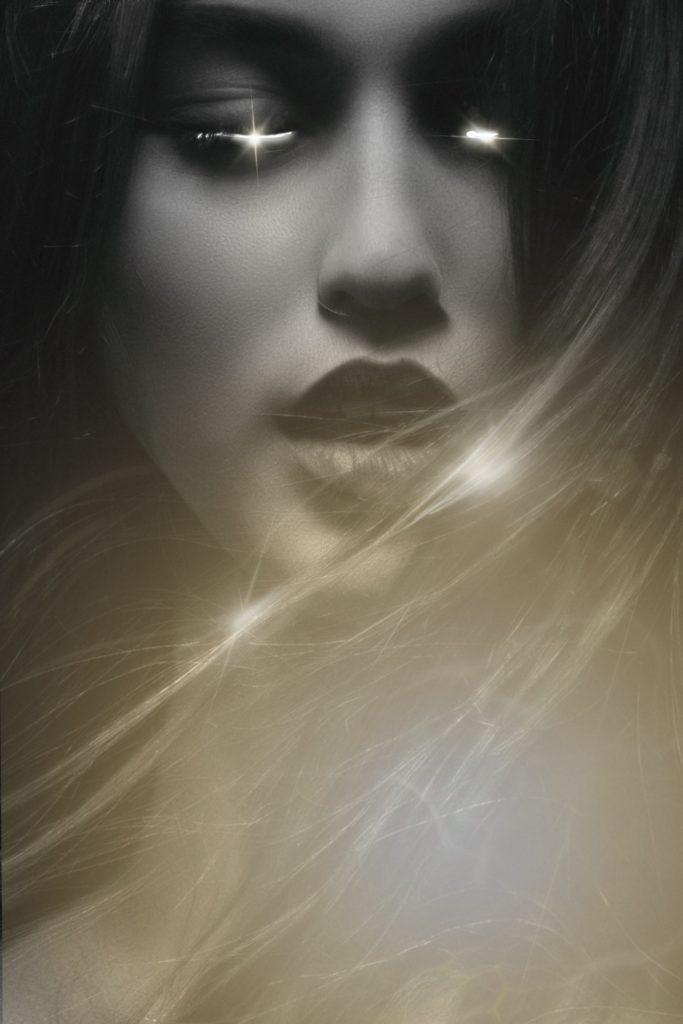 My rating: 3.5 of 5 stars So this was an interesting plot-led fantasy romance read, the first book in a new series. It’s heavily influenced by the middle-east borrowing extensively from that culture. It’s full of political intrigue and court politics throughout. Set in a fantasy culture where the old ways are very much adhered to especially in regards to male and female interaction. Here your whole reputation can be destroyed on the whisper of a rumour or the whim of a malicious destructive tongue. This is a land split down the middle, a land of magic and mages. The overall language used here is very much of the old-style with an almost formal but also lyrical quality to it. So the first third of this is really slow, I was a tad bored and this did affect my overall rating somewhat. It is well worth sticking around for the rest though as when this does actually take off this was surprisingly good. The romance here is very slow burn and it did take a while to get moving so much so that I was initially worried about the chemistry or lack thereof but this was not an issue these two definitely developed the needed chemistry to work as a couple as this story progressed. In fact, I adored the developed dynamic these two eventually shared together. less alpha he-man than I was expecting also but without taking away any of Makram’s allure in the process. He was a complex individual with a loyal warm heart and a fabulous sense of humour. He has a deep vein of integrity and decency running straight through his core add in his humbleness and respect for others he was quite the man. Despite the way others have acted towards him or maybe even because of it Makram has developed an almost humble attitude and lack of pretence that would otherwise not have been possible with a more lavish upbringing. Makram is first and foremost a soldier and protector of those he cares for. His one weakness is his brother and he is blind to his many faults making excuses for his behaviour and lying to himself. It is only upon seeing Naime and the way she leads using her whole heart as well as her head that he silently begins to questions and the cracks begin to appear as he starts to question the blind faith he has shown all his life towards his older sibling. Naime has a powerful vision of the future and being born female in this male-dominated society is not going to stop her ambitions or hold her back any. She knows what she wants and has been navigating the shark-infested waters of her father’s court for years. With her father’s health declining and an unwanted political marriage looming she walks a razor’s edge regarding her future. What she isn’t used to is the deep feelings and perceived weaknesses brought forth by the enigmatic Makram. While politically equipped to handle any situation in matters of the heart Naime is at a distinct disadvantage here she is very naive and unpracticed. This plays out against the rich tapestry of magic and mystique as our two lovers fall deep for each other. It is well written with interesting and rich side characters and despite that slow start, this was still a good read.

I voluntary reviewed a copy of Reign & Ruin (Mages of the Wheel, #1). 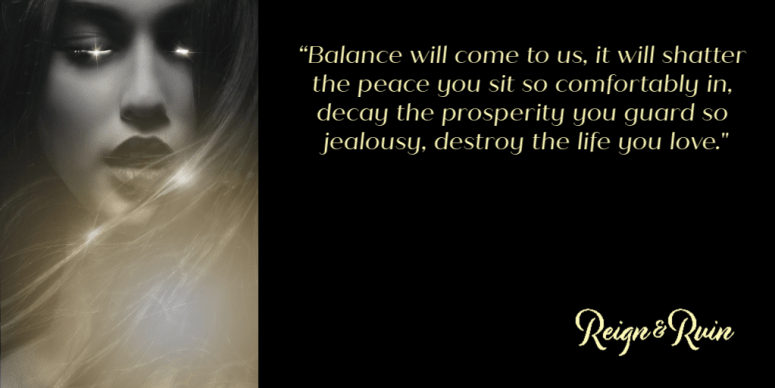 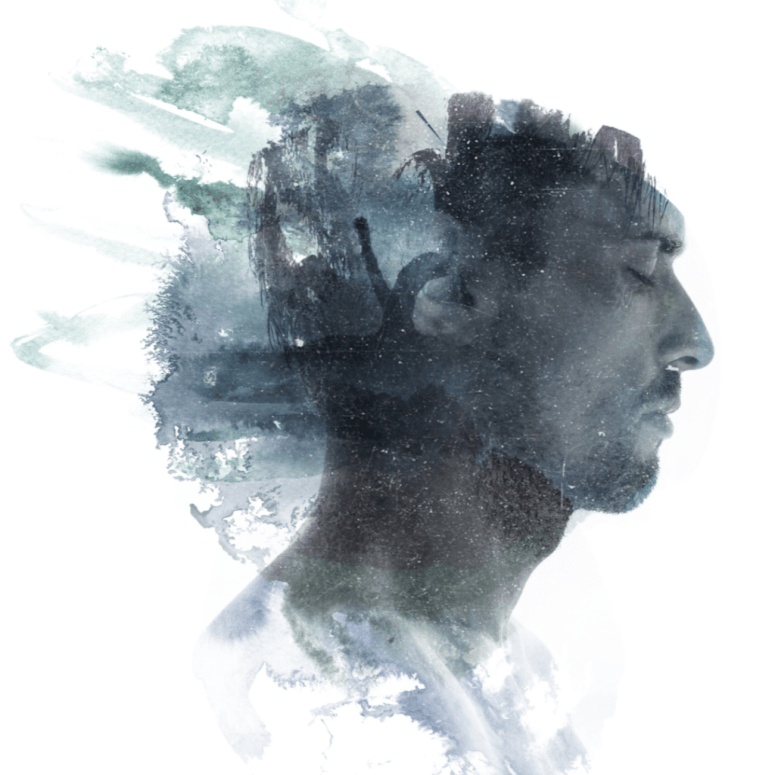 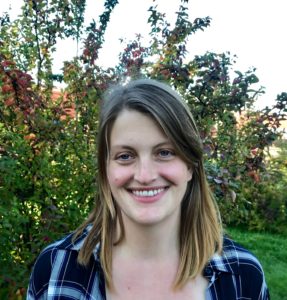 J.D. Evans writes science fiction and fantasy romance and is the author of the novel, Reign & Ruin. After earning her degree in linguistics, J.D. served a decade as an army officer. She once spent her hours putting together briefings for helicopter pilots and generals. Now she writes stories, tends to a tiny human, knits, sews badly, gardens, and cultivates Pinterest Fails. After a stint in Beirut, J.D. fell in love with the Levant, which inspired the setting for her debut series, Mages of the Wheel.

J.D. currently resides in Raleigh, North Carolina, though she will always be a Montana girl at heart.