Her mother is dying, and her step-father Merrick is a jackal waiting to stake his claim the second she is legal. In her world, Sasha is promised a choice. But if Merrick gets his way she will be married before anyone can protest against it.

Desperate to secure the futures of herself and her workers, Sasha makes a dangerous gamble… She seeks out Constantine Kane, the most feared and respected man in the 12 Sectors.

Sasha has made her choice… Will it be one she lives to regret?

Choosing Her Alpha by Isoellen
My rating: 5 of 5 stars 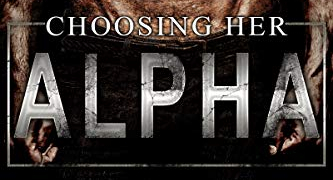 I really enjoyed Choosing her Alpha like massively: I read this on wattpad initially and was instantly transfixed this was just so imaginative with a story that pulled me into the unfolding narrative almost instantly. So this was a reread after the author decided to publish and I am so ecstatic other’s will now get the chance to experience this fabulous story on a much wider basis. Let me tell you it was no actual hardship reading this again I adored it just as much this time around, definitely the sign of an excellent read that. I am all for the feels and how I ultimately connect with a story, So when rating this I ultimately went with my gut and not only could I not put this down I was actually mesmerised and so emotionally invested in what was actually unfolding. So fantastic and imaginative world-building that didn’t information dump on me (big plus point) a lot of authors can actually lose a reader here. This was set against a backdrop of Alphas, Beta and Omegas and then drones which are basically at the bottom. Drones are really just basically what’s left of the humans gene-pool. Drone science has produced the original Alpha and with evolution, the breeds are now the ruling class. So our Omega here is young Sasha a breed approaching her first estrous. Current events with her troubled home life lead to her approaching the warlord Constantine Kane to make a bargain. Well, Kane might just be my favourite Alpha ever: not only did he take care of Sasha in such a protective and kind way treating her like the precious cargo she was he worked with her waiting patiently until such time she was ready to be a breedmate. So discount Sasha’s young age here this was not in any way creepy at all mainly I think because this is Omegaverse so it’s all about biological urges and such and also the way this handled things. When it came to the heat here this was bloody scorching this author can sure write a combustible sex scene that makes you tingle in all the right ways I was seriously impressed at how hot this was. I also adored the slow-burn dynamic between Sasha and Kane it was really well done. So yeh safe to say I loved this and I think this new writer is a definite emerging talent and certainly one to watch out for. This was just magic and I was completely captivated throughout hard to believe this is actually a debut author, seriously impressed, I will be keeping an eye on this author as she just ticks all my boxes. Everyone just needs to go out and read this book especially if you love omegaverse this is one of the good ones and gets massive hell yeh from my camp.

I voluntary reviewed a copy of Choosing Her Alpha.