He wanted everything. He could have my nothings too.

My whole life, I’ve been running, living just under the radar. The day I arrived on the East Coast, looking for a new start, I found an end instead. One careless night landed me in the hands of a dark mafia boss, who wanted nothing more than to render me a number—to eviscerate my identity with his brutal mind game.

That’s what he called me. That’s all I was to him.

At least at first, before Breaker Beneventi told me all his family secrets, trickled his way into my heart, and then ordered my death. He set me free, knowing the butcher would find me.

Now, I’m the girl who escaped. The one with the power to destroy his organization. And he’s relentlessly searching for Lyla Vaughn all over the country, spilling the blood of innocents and losing his control.

But he’s not going to find me. Because that’s not my name.

Disclaimer: Breaker’s world is not suitable for all audiences! Venture only if you like thrills in the dark and have a night light.

Brutal & Raw by Sonya Jesus
My rating: 3 of 5 stars 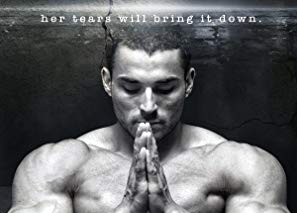 Not quite sure just how to rate this one, it was certainly different and unique with that whole farm concept but it was just really difficult to get my head around the whole shocking and dehumanising scenario. I went into this fairly blind and if I’m honest if I’d know just quite what I was getting myself into with this I think it would have been a hard pass from me. This was filled with things that stretched my boundaries way past what I was comfortable with. So this is dark romance, not that I thought it was really a romance, in my opinion, this is more dark suspense there was very little romance here at all dark or otherwise. Its told in a very unique way it’s almost like a continuation of an ongoing story after the fact. I think the author has done it this way to remove you from the overall horror of 327’s captivity telling you through a series of flashbacks to try and remove you and lessen the overall impact, trying to forge a sense of connection but also a sense of detachment with the anti-hero Breaker. Newsflash this didn’t work for me I just couldn’t remove myself from the atrocity’s being committed here. 327 is completely dehumanised in this and while I found her strength and overall resilience admirable her love for Breaker was just so hard to comprehend not because she loves a monster but because I don’t think that monster did anything that would actually make her feel that way towards him. I mean throughout this all he did was lie to himself and attempt to get rid of the thing he perceives as his weakness. This was all to stop his own personal feelings and emotions it was all about him he was just so selfish and weak-willed. He definitely didn’t come across as a leader or someone to follow, he ruled by fear alone. I actively disliked Breaker throughout this, I like a good psycho as much as the next girl but I struggled to find anything even slightly redeemable in Breaker at all, even at the end when he admits his feelings towards 327 theirs still no apology nothing from him at all. So this did leave us with some slight questions which I imagine will be revealed further in this series. nothing major just some slight loose ends. I did enjoy this to a point but I struggled with the content and as such my rating reflects this. I won’t be proceeding any further in this series as though excellently written this one was not quite for me. So, unfortunately, this is the end of the road for me folks. If you like your reads dark this may be a fit, I like dark but struggled a lot here.

I voluntary reviewed a copy of Brutal & Raw (Beneventi Family, #1).