Taken, scared and lost in a world of conflicted feelings, can Elizabeth Scott cope with the man she loves? Can she still hold on to the unending belief that Alexander White is a good man and see through the games? And when the past finally starts to catch up with them, when a new foe enters the fold with devastating effects, will Alexander White be able to contain the emotions involved? Or will he succumb to his base instincts and risk it all? Lies, deceit and manipulation carry on in the world of business, but only truth remains in the matters of love. It’s time to face the facts and maybe find a way forward. If there is one. Will they all make it through together?

Will they all make it through alive?

So Absorbing White starts off where Feeling White leaves us and right from the start we are thrown straight into the thick and are left to flounder scratching our heads in confusion, What the hell is going on? I felt like I had been plunged into an episode of the twilight zone and hadn’t been given a script. Such is the brilliance of this series, never having a clue where the tale will take us next, you think you know where your heading then out of the blue BAM!!!

Lies, deceit and manipulation. A game Alexander White knows only too well, but never has he been on the receiving end with such devastating results. Thankfully he knows it all now because she’s shown her true colours and he won’t be fooled by them again. No matter how perfect she may have been, or how close to love he may have come, Elizabeth Scott and her treachery are now nothing more than yet another move in the chessboard of life. His business, as always, is more important than his worthless emotions and the storm brewing needs attending to. So after he’s pushed her out of his system, after he’s found his way back to the dull uninteresting type of emotion he’s used to he’ll deal with it.

In the only way he knows how.

Beth Scotts life is upside down. She was a mess. She still is a mess. But now she’s just starting to get irritated about her mess. How could he do this to her? And how could she have let him? Alexander White has a lot to answer for but she won’t be one of those stupid girls any longer. She has a two week rule and it’s about time to get on with it. She just needs a distraction, someone or something to remove the pain and help her find a way forward without him. If his twisted game has taught her one thing it’s to hold her head up and ask for what she wants. So if she can just keep those thoughts running through her head, and embrace what she now needs, she should be fine shouldn’t she? She should be able to deal with everything.

She still has no idea what the hell she’s doing. 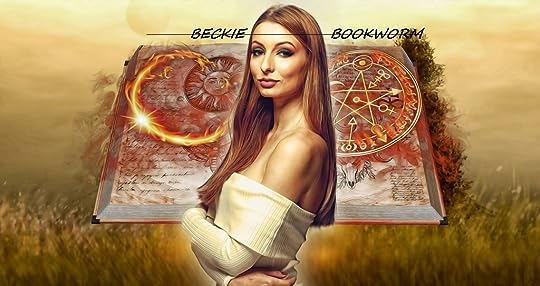 Wow!, Miss Hart has done it again, what an emotional rollercoaster Feeling White was. Man, every emotion I’m capable of I think I experienced while reading this story. I definitely have emotional whiplash from Alex’s multiple personalities. 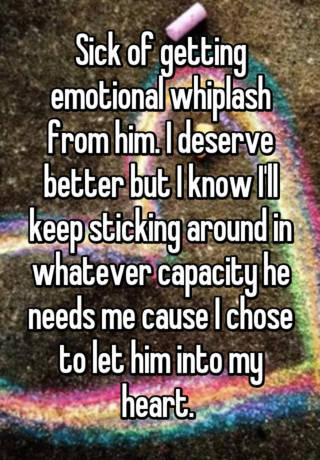 I’m feeling so empathetic towards Beth and her ability to deal with whatever shit-storm Alex throws in her direction. My appreciation for her patience and fortitude has reached epic heights as Feeling White throws curveballs and shocking twists her way. I really don’t want to spoil this for anyone, so won’t be sharing any major spoilers, the best way to describe this journey that I can impart to you is that Feeling White really does delve into our two lovers souls, slowly uncovering their true selves, sometimes in a heartbreaking fashion. We really get to see beneath the mask, especially in regards to Alex and his tragic and violent past. Beth is about to experience Alex and what he is capable off on a whole new level. Luckily she has grown so much stronger mentally and she will need all this new found toughness to deal with the massive pile of baggage that accompanies him. In this instalment, I really felt able to connect to our characters on such a deep level. I took so many highlights I lost count and then OMG!!! that ending was so not expecting that!!! WTFH happened here ALEX!!! you are such a DICK!!! 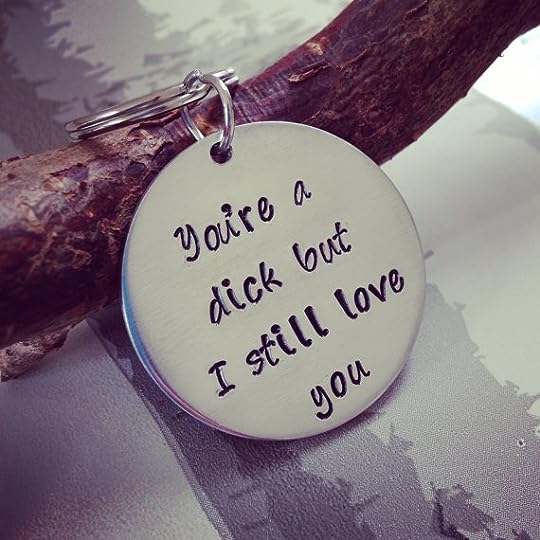 I have no idea why I still adore you, but I do, can’t help it sigh. Your methods of education leave a lot to be desired, haven’t you heard of just talking it out Mr White? Geez. good job I love you, regardless of your head games. I also noted that Bella, Beth’s sister was a lot less irritating in this, softer in herself, I think it’s Conner we have to thank for that transformation. So thank-you Mr Blue.

So Buckle up and enjoy all that is Feeling White, I know I did, This was my third book by Charlotte Hart and she always leaves me wanting more.

Alexander White, the wealthy business man with looks to die for. Just like the other colours you’d think…….but no. He came from a very different place and made some of his money a very different way. And he keeps it well hidden because the truth would destroy everything he has. All that he’s worked for would be gone in an instant if they ever found out what he’s capable of, or what he really did and who he did it for. So he keeps people far away with metaphorical games and walls to deceive and confuse. He doesn’t do relationships, he doesn’t do emotions and he certainly doesn’t do love….. whatever the hell that might be. He does money. Making it, manipulating it and spending it whist he plays with women who know what they’re signing up for when they walk in the room. Three people shaped who he is today. One damaged him beyond repair, another taught him to control the rage, and a decent one helps him to consider his options more appropriately than his own head might allow.

But be under no illusions ladies, Mr White has not been a nice man, and he will probably never be a decent man but as long as he keeps up his image, and nothing gets through his barriers, no one will ever see the truth.

Life’s good for Elizabeth Scott, successful business, happy kitchen and a great sister who deals with all the expensive people so she doesn’t have to. She just cooks, bakes and smiles her way through each day……well most of the time anyway, that is when her great sister isn’t pushing her to, “get out there a bit more,” or “sort her shit out.” Then the biggest contract of their lives comes up….. And the ever useless London tube, with her sister in it, catastrophically breaks down. Unfortunately that means only one thing, she’ll have to deal with some of that wealth herself and that means the devastating Mr Alexander White in all his glory. Life suddenly couldn’t get worse, regardless of his unfairly gorgeous backside.

She has no idea what the hell she’s doing.

OMG!!! Where do I start, LOVED, ADORED, DEVOURED, Seeing White By Charlotte E Hart. Why have I never read anything by this author before? You know when sometimes things just click well that is this story, Seeing White is the pickle to my cheese, The flower for my Bee, you get the euphemism I’m sure. From the moment I picked this up I was completely transfixed, nothing was stopping me not even that pesky clock ticking away the night time minutes. And as the sun started to rise I finished!!!! On a bloody cliffhanger grrrr!!! So it’s six o’clock in the morning and what do I do now, sleep you may think, oh no I start book two, well I so had to know, I was shattered, but how could I possibly think of sleep at such a traumatic time. Naughty, Bad, Paranoid Alex White!!! sabotaging herself so completely and poor Elizabeth How could you Alex you utter shit!!! So I suppose I should give you a brief outline of events. Ruthless, emotionless Business Alex White sees something he wants and goes for it. In this instant, it’s naive Elizabeth Scott, Baker Extraordinaire with a small catering business she runs with her sister and friend. How is Elizabeth to resist such potent experienced charisma, well she’s not, she doesn’t stand a bloody chance, sigh. Alex knows she’s too good for him but wants her all the same, but as a man who has no experience of female love relationships, he’s sure to screw up at some point. let the games begin (rubbing hands together in glee) So Alex is a hard man to analyse, he’s like a chameleon or perhaps a prism with so many different facets to his personality, most of his hang-ups rooted in a scarring devastating past. not all wounds are visible to the naked eye some are so deeply buried you need a crowbar to pry free or Elizabeth Scott that is. Elizabeth’s view of the world is so much more simple, she’s happy just being herself and what you see is what you get, she can’t believe, that Alex is interested in simple ole her. Alex’s world is such an eye-opening revelation and she’s finding the decadence to his lifestyle more appealing than she thought, she’s falling for his kinky derriere fast, and his ropes and dominance are surprisingly just an added bonus. So from all my major waffling you can probably see there’s not much I didn’t like about seeing white if I had to really nit pick and find something then mmmm it would have to be the sister Belle I found her a trifle annoying and overbearing at times, totally got why she was that way but still found it somewhat irritating. So Just so you know Alex White utter devilish Kinky bastard, Elizabeth Scott naive but fiesty submissive, combine the two explosive.

I will leave you with a lovely quote from Alex that made me put my hand on heart and squeal aw!!!

“Jesus Christ, you just don’t get it, do you? All this you see, it’s not really me – the pretty face and the money and the added extras. I’m nothing beneath the façade. I’m just empty, and you have no idea what I am.” He rakes his hand through his hair and growls, mostly at himself, I think. “You’re such an inspiration to me, a ray of light in a very cold and dark world. I’m an utter bastard to ask you to be with me simply because you deserve better than this, than me.” He looks uncertain. It’s uncharacteristic and slightly odd. I lean back into my seat and stare at him as he exhales. Oh, right. Well, that’s inspirational, beautiful and desolate, what a great combination. I so want him.