A mantra that Dr. Cian O’Reilly has lived by; never allowing any new insiders to pierce his inner circle. Until her. Dr. Athena Payne was his game changer, the woman he wanted to bring into his cloak of darkness; to share in his malicious desires of torture and terror as the executioner of all who escaped justice. But when faced with an alleged betrayal of that trust, how far will he go to seek his vengeance?

Three words that Athena Payne has always believed whole-heartedly. In her determination to become a brilliant heart surgeon, her thirst for knowledge tossed her headlong into a hidden conspiracy, a deadly game of death intertwined with the complications of love. Trusting and loving Cian may very well be the last things she ever does as she’s faced with paying the ultimate price for allowing him into her heart.

Save a life. Take a life.

Will the hardest kill Cian’s ever faced be his last? As others circle closer to learning his true identity, interns and attendings alike face the possibility of losing everything they’ve fought so hard to gain.

Trust no one. Let love conquer all. And prepare for a shocking ending that you won’t see coming in this third installment of the Trauma Series.

Lincoln Hospital, where the cure can be your worst nightmare.

Warning: Contains violent and graphic situations not suitable for readers under the age of eighteen. This is the third book in the “Dexter” meets “Grey’s Anatomy” series and ends on a cliffhanger. All books must be read in order to follow the series.

Resuscitation (Trauma #3), By Cassia Brightmore, well where do I start with this one after the cliffhanger of the last book I was so hoping a certain somebody would see sense and desist from his course of actions. With this not happening I can honestly say I may have hit a HARD LIMIT!!!! The Deeds undertook in Resuscitation to me are in no way ever redeemable whats so ever. I just can’t get my head around it I bloody Knew that Dr Death as I’m now referring to him was losing it big time. I said I felt a lack of connection Between Cian and Athena, this kinda proves it. How can you profess to love and adore somebody and then treat them this way I was absolutely appalled and astounded. And in the aftermath what does our dear Athena do she jumps right back in with both feet, joins back up with the murder squad and again starts banging her dear Dr Death. WHAT!!!! How can she forgive him!!! Is she bloody insane!!!! I don’t get it. So this is my main reason for marking this down from the first two books. “Resuscitation” left a bad taste in my mouth that I struggled to get rid of, I found I just couldn’t make myself forgive Cian. I’ve rated this a three because despite me reaching a limit here this is a well written interesting read. And I also couldn’t get this out of my head, so it’s definitely a book I won’t forget in a hurry.

So as per usual Resuscitation’s finale was a cliffhanger, no clue where Cassia is going with this but I will be reading the next in the series, I need to know what happens. and despite my revulsion, I am now definitely invested in the Trauma series.

And I will leave you with this little taster, just to whet your appetite for Resuscitation

Within the walls of the prestigious Lincoln Hospital in New York City, a hunter awaits. A man with a thirst for blood and an appetite for vengeance. Dr. Cian O’Reilly, the city’s most respected cardiovascular surgeon, is living a double life, one bathed in torture and mayhem as he delivers final justice to the city’s most heinous criminals.

When a new influx of physicians joins the rotation, the struggle for anonymity intensifies as a nosy reporter inches closer to the truth about Cian’s true identity. In a dangerous game of kill or be killed, no one is safe and everyone is a potential victim.

A romance blossoming on the premise of murder. An escaped killer on the loose. A traitor in the midst intent on bringing them all down.

Lincoln Hospital. Where the cure can be your worst nightmare.

Warning: Contains violence and graphic situations not suitable for readers under the age of eighteen. This is the second book in the “Dexter” meets “Grey’s Anatomy” series and ends on a cliffhanger. All books must be read in order to follow the series. 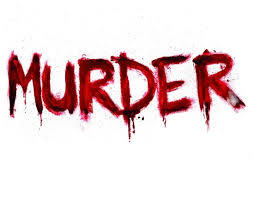 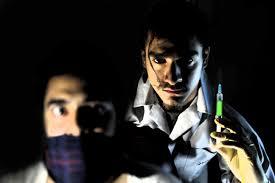 🌟🌟🌟1/2 STARS Right, Flatline (Trauma, #2) By Cassia Brightmore, I struggled a little with this instalment, don’t get me wrong I still enjoyed this, but it was no-where near as good as “Lincoln Hospital” Hence me marking it down in my ratings slightly. In fact, It wasn’t until we got that shocker of a cliffhanger near the end, and I was like OMG, NO EFFING WAY !!!! That it Jumped from a three-star up to a three and a half, I was so shocked and so instantly reinvested in this series. So I’m not going to hash over all the back story as I covered that in my review for book one.

which you will find here.

So “Flatline” carries on where “Lincoln Hospital leaves us with Dr Cian O’Reilly and Dr Athena Payne now practically living together and conducting a secret relationship under the noses of there colleagues. The only ones fully aware of Cians and Athenas out of hours association are best friend Sabine and the murder squad as I have affectionately nicknamed them. So in this instalment, we get a lot more hospital drama, some more gruesome kills and a few more of those sexy shenanigans from our gruesome twosome. Theres also another major player introduced to the hospital playground Dr Rafe Mckay and he’s a bit of a ladies man, he takes an instant interest in Sabina and Athena much to Cian’s displeasure. And then just when you think not much more is going to happen BAM!!!! a really awful killer twist that I really didn’t see coming.

so here’s what I struggled with,

Still not feeling the connection between Cian and Athena, There needs to be less sex, less murder and more actual connecting between these two I’m just not feeling it. Is it just me? or is Cian losing the plot he seems less vigilante avenger and more psychotic sadistic murderer? has he crossed the line and is enjoying it far too much? I felt not much happened here it was just more of what we got from book one. Also, remember Bianca, I think her name was (Correct me if I’m wrong) from book one, in the interest of full disclosure why has Cian not mentioned what actually happened to her too Athena, you know just while we are all being honest and all. This above point makes me question Cian’s integrity, he’s developed a bit of a god complex and the way he’s just able to push this fact to the back of his mind as trivial, an accident if you will, well it doesn’t speak much for his character. This is personal but I’m actually starting to dislike Cian, and finding it hard to believe that someone who loved his wife so much could change so drastically in two years.

And finally Athena, I do like her but she seemed to accept and also jump on board the murder squad boat very quickly, just an observation.

So there it is folks, very much swings and roundabouts for me. I’m invested but with some reservations, I will be reading book three Resuscitation, how could I not with that ending.

So just to close, I enjoyed this and yes I would recommend. Flatline is well written with a dramatic storyline, enjoy. 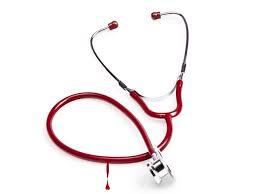